The situation in Ukraine gives us the opportunity to discuss the restrictive measures, commonly called “sanctions”, adopted by the European Union against the Russian Federation.

I. Context and objective

The end of the Cold War gave rise to cooperation within the international community in an attempt to maintain world peace. The fall of the USSR and the invasion of Kuwait allowed economic sanctions to be put forward as a tool for maintaining peace.

Indeed, traditionally, sanctions are presented as a fair measure between, on the one hand, passivity (the acceptance of violence or serious illegal acts) and, on the other hand, military intervention (war).

Following the war unleashed by the Russian Federation against Ukraine and the serious consequences that ensued, the United States, the European Union and many other States wished to react without intervening militarily in order to avoid starting a world war.

Sanctions were therefore imposed because of their expected effectiveness.

Beyond their punitive nature, the goal is to weaken the Russian state economically in the hope of getting the Russian Federation back to the negotiating table.

II. Restrictive measures adopted by the European Union against Russia

Among the sanctions adopted by the European Union is the freezing of the assets and resources of more than 700 Russian individuals.

The EU has prohibited the direct or indirect provision of funds or resources to more than 700 Russian natural and legal persons:

– Responsible for actions or policies threatening the territorial integrity of Ukraine (including all deputies of the Russian Duma, President Putin, numerous ministers, members of the Russian National Security Council, and military officials);

– Providing material or financial support to actions threatening the sovereignty and independence of Ukraine, or to the Russian government and decision-makers responsible for the annexation of Crimea and the Donbass region (including the banks Promsvyazbank, Vnesheconombank VEB.RF and Bank Rossiya);

– Operating in economic sectors that provide a considerable source of income to the Russian government (influential businessmen and women, oligarchs and directors of state-owned enterprises).

The Belgian Treasury has published on its website the list of persons and entities affected by the European sanctions and distributed it to the country’s banks.

III.        Prior identification of the persons to be sanctioned

The main legal issue of sanctions is therefore the (documented) identification of the (right) persons to be sanctioned.

Indeed, the challenge of targeted sanctions lies in their investigative effort. It is a matter of identifying a distinct group of persons engaged in the illicit activity, having a functional definition of the persons to be identified: those in power, followed by their families and those who benefit from the condemned activity.

However, this identification can be problematic when the Council of the European Union is not able to prove the link between the sanctioned person and the reason for the sanctions.

According to our experience with international sanctions, many decisions of the Council have been annulled by the Court of Justice of the European Union when the Council has not been able to prove this.

Indeed, it should be recalled that “the European Economic Community – now the European Union – is a community governed by the rule of law in that neither its Member States nor its institutions are exempt from the control of the conformity of their acts with the basic constitutional charter which is the Treaty of the European Union. (Court judgment of 23 April 1986, Les Verts V Parliament – case 294/83).

Since November 25, 2014, following the famous case Safa Nicu Sepahan Co v. Council of the European Union (T-384/11), https://bit.ly/3CLrG3F, damages have even been awarded to those who have been unjustly punished.

The latter can therefore bring an action before the European Court of First Instance in order to obtain not only the annulment of the restrictive measures as far as they are concerned, but also damages as compensation for the harm suffered.

This allows us to briefly discuss the conditions that must be met in order for those who have been illegally sanctioned to obtain compensation before the European courts.

IV. The non-contractual liability of the Union applied to sanctions

According to established case law, the non-contractual liability of the Union, within the meaning of the second paragraph of Article 340 of the Treaty, for the unlawful conduct of its organs, is subject to the fulfillment of a number of conditions, namely:

– the illegality of the conduct of which the institutions are accused

– the reality of the damage; and

The mere illegality of an act is not sufficient to engage the non-contractual liability of the Union.

The case law requires a sufficiently serious breach of a rule of law intended to confer rights on individuals to be established (see, to that effect, Case T-341/07 Sison v Council [2011] ECR I-341/07, paragraphs 31 and 33, and the case-law cited).

In the field of international sanctions, it was held that the failure to adopt restrictive measures against a person without having the evidence to establish the validity of those measures constituted a sufficiently serious breach within the meaning of the above case law:

“68.  In view of all the foregoing, the Court considers that an administrative authority, exercising ordinary care and diligence, would, in the circumstances of the present case, have realised, at the time the first of the contested acts was adopted, that the onus was upon it to gather the information or evidence substantiating the restrictive measures concerning the applicant in order to be able to establish, in the event of a challenge, that those measures were well founded by producing that information or evidence before the EU judicature.

69      Since it did not act in that way, the Council has incurred liability for a sufficiently serious breach of a rule of law intended to confer rights on individuals within the meaning of the case-law cited in paragraph 50 above.”

As regards the condition relating to the existence of a causal link between the alleged conduct and the damage claimed, that damage must result in a sufficiently direct manner from the conduct complained of.

Here again, it is up to the victim to prove the existence of a causal link between the conduct complained of and the damage claimed (see Judgment of 30 September 1998, Coldiretti and Others v. Council and Commission, T-149/96, ECR, EU:T:1998:228, paragraph 101 and case law cited).

Non-material damage, to be distinguished from material damage (damage to the economic and commercial capacities of the sanctioned entity), was summarized in a particularly convincing manner in the case (T-384/11) between the Iranian company Safa Nicu Sepahan Co, irregularly sanctioned for having allegedly provided assistance to Iran’s nuclear proliferation program, and the Council of the European Union (https://bit.ly/3CLrG3F):

“(…) the Court observes that when an entity is the subject of restrictive measures because of the support it is has allegedly given to nuclear proliferation, it is publicly associated with conduct which is considered a serious threat to international peace and security, as a result of which it becomes an object of opprobrium and suspicion (which thus affects its reputation) and is therefore caused non-material damage.

The Court of Justice has held that “the opprobrium and suspicion provoked by restrictive measures such as those at issue in the present case do not relate to the economic and commercial capacity of the entity concerned but to its willingness to be involved in activities regarded as reprehensible by the international community. Thus, the effect on the entity concerned goes beyond the sphere of its current commercial interests.”

The material economic or commercial injury can be divided into, on the one hand, the loss suffered (damnum emergens) and, on the other hand, the lost profit (lucrum cessans).

In the context of restrictive measures, this damage generally results from:

If the victim is able to demonstrate that the freezing of assets and/or the interruption of payments prevented him from complying with these commitments, he can obtain compensation for his loss.

In addition to the causal link, the sanctioned entity must however be able to demonstrate the reality of the penalties incurred (penalty clause, late payment interest) and the loss of profit (e.g., loss of gross margin due to the breach of a contract).

– Refusal of delivery of products and/or services by business partners

The refusal to deliver does not in itself establish the victim’s material loss.

It has indeed been ruled that:

“the termination of relations with major suppliers disrupts a company’s business. However, a refusal to supply products does not, in itself, constitute damage.

Damage arises solely where the refusal has an impact on the financial results of the company concerned.

That is the case, in particular, where the company is obliged to purchase the same products on less favorable terms from other suppliers or where the refusal to deliver causes delay in the performance of contracts concluded with customers, thus exposing the company to financial penalties. Similarly, where an alternative supplier cannot be found, existing contracts may be terminated and the company in question may be prevented from taking part in ongoing calls for tenders.”

The challenge of an action to engage the non-contractual liability of the Union lies mainly in the work of preparation and file building from the first days of the application of the measures.

Alexandre Bahrami has been registered with the Brussels Bar since 2001. He holds a master's degree in private law and a specialized higher studies diploma (DESS) in public and private law litigation.

Check out us well 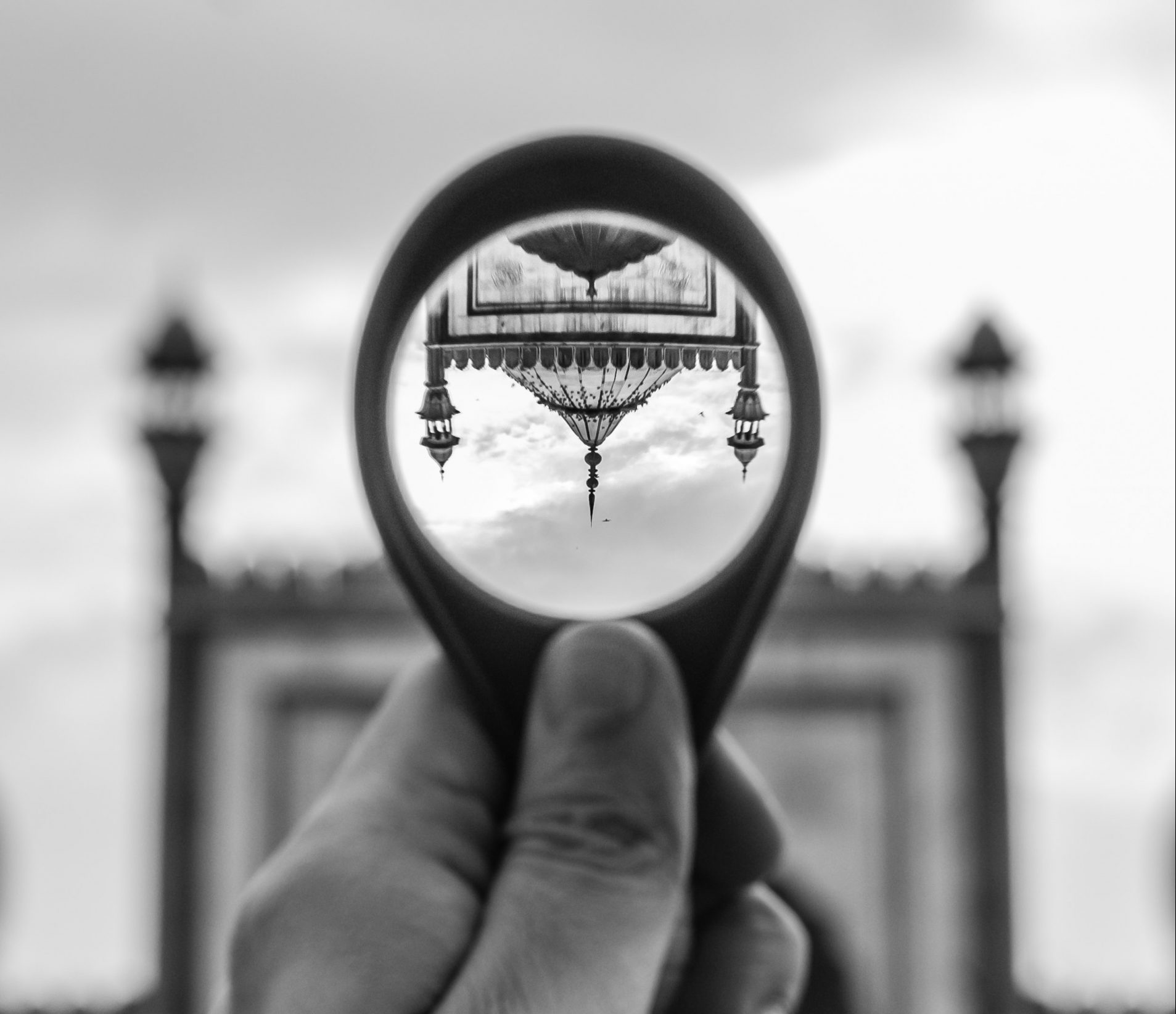